Share a memory
Obituary & Services
Tribute Wall
Donations
Read more about the life story of Howard and share your memory.

Howard L. Judge Sr., 79, of Liberty Township, OH passed away peacefully on December 18, 2022, surrounded by his family and loved ones, but his legacy of love filled with kindness and giving will continue to flourish through all he touched. Howard, affectionately known as Butch to some, was educated in the Struthers public school system where he graduated from Struthers High School. He served in the Air Force where he received an honorable discharge in 1966.  After leaving the Air Force, he was hired at the U.S. Steel Mill in McDonald Ohio and later transitioned to General Motors in Lordstown, where he worked as a skilled Electrician.  In 1987, he relocated to Washington D.C. and in April of that year, he hired into the Water and Sewage Authority as a senior Electrician where he led many electrical projects while mentoring young electricians and engineers. Finally retiring in December 2011.

While in D.C., Howard was a member of the Metropolitan Wesley AME Zion Church where he confessed Christ and served faithfully on the usher board. He loved studying the Word, listening to Christian programming, and when able, sitting outside to observe nature.  Howard’s memory was impeccable and never missed sending a birthday card to those he loved.  Howard will be dearly missed and always remembered by all who knew and loved him.

He was preceded in death by his parents, Eola and Alex Judge, his sister, Betty Jean Brown, his brothers, James Pryer, Herbert L. Judge and Theophilus Satterwhite.

Howard’s celebration of life was held at 10:00 A.M. Thursday, December 29, 2022 at the L.E. Black, Phillips and Holden Funeral Home.  Due to the pandemic, all guests were asked to wear a mask and to observe social distancing.  Burial services took place at the Ohio Western Reserve National Cemetery.

To send flowers to the family or plant a tree in memory of Howard L. Judge, Sr., please visit our floral store. 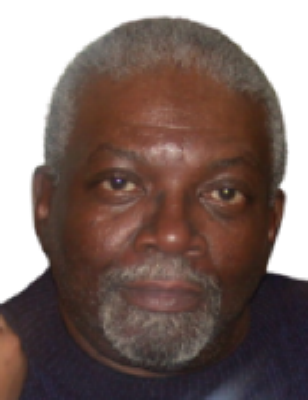 Family and friends are coming together online to create a special keepsake. Every memory left on the online obituary will be automatically included in the book.

You can still show your support by sending flowers directly to the family, or by planting a memorial tree in the memory of Howard L. Judge, Sr.
SHARE OBITUARY
© 2023 L.E. Black, Phillips & Holden Funeral Home Inc.. All Rights Reserved. Funeral Home website by CFS & TA | Terms of Use | Privacy Policy | Accessibility