Share a memory
Obituary & Services
Tribute Wall
Donations
Read more about the life story of Harry and share your memory.

YOUNGSTOWN ä Early on Monday Morning, Dec. 26, 2022, God sent his  angels to escort a man of God to his Heavenly Home from the Cleveland Clinic.

Harry was a 1969 graduate of East High School. He also attended Youngstown State University and finished the electrical apprenticeship program in I.B.E.W. Local 64 in 1971, becoming a journeyman electrician. He worked for several local electrical contractors and was owner / operator of the former Metro Electric and present owner / operator of Evans Enterprises. In 1989, Harry was hired by the Youngstown Board of Education and he retired in 2016. During his tenure with the Youngstown City Schools, he supervised the building of 14 new schools. Harry lent his handy work on many local projects ä among them were Youngstown-Warren municipal airport, runway D, PNC Bank-Starrs Corner and several local churches and residences.  He also worked with General Motors Lordstown for a short period of time.

On May 27, 1972, Harry married the former Cora Roland. This blessed marriage was further blessed with two wonderful children, Lisa Nicole and Harry Keith. Their marriage was truly a love affair, having taken several cruises, Disney trips and other fantastic vacations. Most of these trips were family togetherness with children and other family members. This was their joy. Harry also enjoyed yardwork, cutting grass in the spring and summer and getting leaves in the fall. He was not a fan of clearing snow, but did it anyhow. He enjoyed riding his motorcycle and driving his Corvette. He was an avid fan of the Cleveland Browns and Cleveland Cavaliers, but the joy of his life were his grandchildren.

He was a loyal and faithful member of Mount Zion Baptist Church and was an ordained deacon. He held the offices of Deacon chairman and vice-chairman, treasurer and trustee. He handled many church maintenance and electrical problems. Harry loved Mount Zion and had been there since he was six months old. After his marriage to Cora, he brought up his children in the church and under the reverence of the Lord. He loved the Lord and the church.

A celebration of life and legacy for Harry will be held on Friday, Dec. 30, 2022, at Mount Zion Baptist Church, 827 Wilson Ave., Youngstown. Visitation will begin at 11 a.m. and the funeral services at noon. Guests are asked to wear masks and observe social distancing.
Streaming of the services will be on LE Black, Phillips and Holden website.

Ministry of comfort, love and dignity is entrusted to the L.E. Black, Phillips and Holden Funeral Home.

To send flowers to the family or plant a tree in memory of Harry Evans, please visit our floral store. 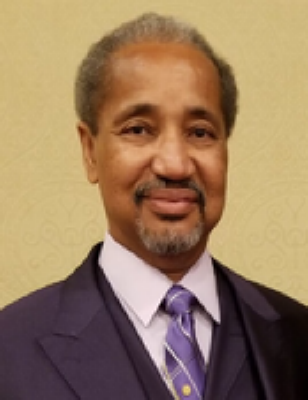